Claudia - is a resident of Shadow Creek Ranch for 7 years and Pearland for 15 years. She is married with two beautiful kids. She promotes a lot of running and jogging in the community. She organizes weekly running events and always steps up if someone is looking for a jogging/running partner. 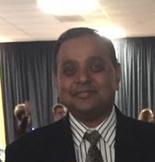 Ramani - is a long time resident of Shadow Creek Ranch. She has been with the outdoors group from the day it was started and has selflessly supported the group and the community. An IT network administrator by profession, she is married and has a son. Ramani helps organize all the group activities. She promotes good healthy lifestyle and has been organizing yoga and meditation in the community. Ramani continues to actively help grow the group.

In addition to our Core Team, we have an awesome Support Team of Shadow Creek ranch Residents who step up to help

Marius - and his group of friends ride their bikes in the neighborhood. He is a software engineer by profession, married and has two beautiful children. Marius has been involved with the group since its beginning and used to organize biking activity. in 2016 he coordinated the FREE 5K run event for the neighborhood. He continues to motivate people with his long distance biking pictures and continues to organize FREE fun races in the community

Liz - is a long time resident of Shadow Creek Ranch. She owns theBURN Personal Training Studio and trains many people in our community as well as adjacent communities. She is the mother of two beautiful girls and is popularly known as "Wonder Woman" for her all round skills. Liz co-organizes and anchors all major community events. She has been involved with the outdoors group since it started and is a great motivator of healthy lifestyle.

Lisa - is a resident of Shadow Creek Ranch. She has been with the outdoors group for a long time and has always supported our initiatives from the outside and then decided step up and do something as an active participant. She spearheaded "Power Pearland Firefighters" - a power drink donation effort to support our firefighters. She has an amazing sense for the community and is always looking at ways to give back. She has a beautiful daughter and a handsome son. Always willing to take the extra step for greater good.

Natasha Tennison  - Natasha has been with Clean and Green and Wobble before you Gobble for the past 4 years. She run a local organization called Gathering Kids. Gathering kids partners with Alvin ISD and runs creative and innovative after school programs like kid journalism, dance, drama, community service, and personality development.
​Natasha Tennison brings in a lot of experience in running non profits and is a dashing emcee. She tremendously gives back to the community through her child enrichment programs and is well respected in the local community.

Patrick Laine, PhD - Patrick was born and raised in New Orleans, although he's been in the Houston area since 2011.  Patrick has a technical scientific background (PhD, Atmospheric Chemistry, Ga Tech - 2011), but his true passion lies in the health & fitness arena.  With a mission to fight childhood obesity by exposing kids to active lifestyles of their parents and other adult role models through neighborhood fitness, he created Fast Laine Fit.  Fast Laine Fit is a unique fitness concept bringing certified trainers to neighborhoods all across Houston (from Clear Lake to the Woodlands). Patrick has been a very active in the group and takes lead on all the events

Shobi Raj - Shobi’s background include graduating with an MBA and working for a large health insurance conglomerate for over 15 years in various leadership positions including training and educating health care providers.   Currently, she owns an independent agency, which brokers a network of over 7,000 attorneys to provide affordable access to legal services and identity theft protection through LegalShield.
She is known to help various non-profits both locally and internationally in fund raising to help them grow. Currently, she holds the position of Treasurer for the local non-profit, Shadow Creek Outdoors Club and Treasurer for the Robert Turner College & Career High School PTA as well as serving as an Ambassador for the Pearland Chamber of Commerce. During her free time, she enjoys spending time with her husband of over 35 years and her 5 children 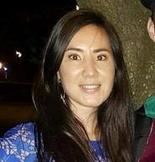 Sofie - has been living in Shadow Creek Ranch for 2 years now. She is very active in the community and participates very actively in most of our activities and volunteers to help for big events. She started the popular alphabet workout and motivated a lot of community members to come out and workout.

Chandrakanth Vemula - has been residing in Shadow Creek Ranch since 2011. He is very actively involved in the community. He started Shadow Creek Ranch Outdoors in 2015 so that neighbors can connect with others and play a game or do a group activity. The group grew big and we are able to organize some major community events. Chandra is a software engineer by profession and is married and runs a medical clinic (http://www.internalmedhouston.com)  in Shadow Creek Ranch along with his wife Dr Vishalakshmi Batchu, M.D. They have a daughter and a little puppy. Apart from community work, he is an active promoter of local business and runs a huge networking group called "Greater Businesses of Pearland" (http://www.gbpearland.org).

Molly Poenitzsch – is a doctor of physical therapy and co-owner (with her husband) of Live to Move Physical Therapy and Wellness (www.livetomovept.com), a physical therapy clinic focused on patient-centered care and wellness. She began her active lifestyle at 5 years old when she began TaeKwonDo. She has earned a 3rd- degree black belt in TaeKwonDo and continues to be active by participating in half marathons and triathlons. Molly is an accomplished pianist and enjoys cooking healthy plant-based meals, gardening, exercising, volunteering in the community and walking Lola and Luna, she and James’ canine family members. Molly loves educating and encouraging people toward healthy lifestyles so that they can continue to enjoy what they want to do. She joined the committee in 2019 and brings in a tremendous amount of energy as well as a “Yes we can” attitude. She is also on the committees for huge community events including “Wobble Before you Gobble” and “Clean and Green.”